On eBay Internet auction site  on display are the oldest pair of jeans Levi's, dated 1879 year. Jeans, not trendy cut, with holes and scuffed, will cost the fans of retro-style in a tidy sum - $ 150,000. 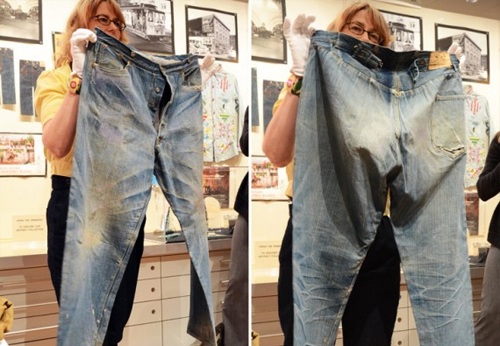 This model of jeans is a simplified version of the famous Levi's 501 model and is equipped with an additional side pocket that the miners originally used to store tools. Jeans were produced in San Francisco from fabric made in a factory Amoskeag Mill in Manchester, New Hampshire. They cost at the time, probably about 75 cents - cheaper than a qualitative model 501, which costs about 1.25 dollars. 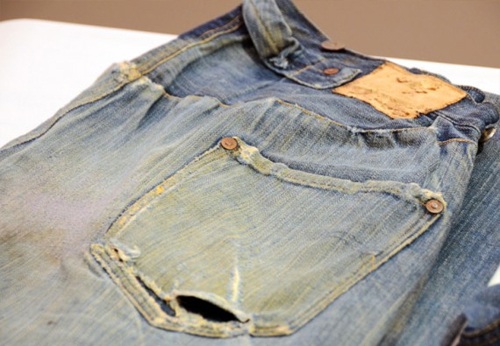 Judging by their appearance, these jeans were lying on a rubbish dump. Worker who discovered them, did not reject with scorn the old rag, and carefully examined her, gave her friend, to collect old clothes, and he in turn was shrewd enough to bringthem to assess the results of which were stunning: experts have almost certainly that those jeans - the oldest pair of jeans in the world. Therefore, for such a relic, whose age is about 120 years, set a price of $ 150,000.