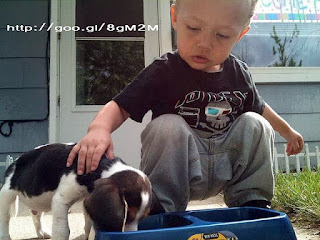 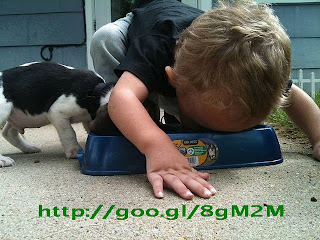 The 16 Universal Laws: What you know about them? 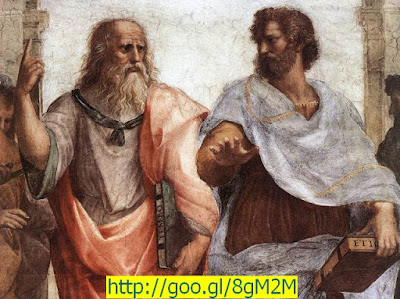 Law of Mechanical Repair – After your hands become coated with grease, your nose will begin to itch and you’ll have to pee.
Law of Gravity – Any tool, nut, bolt, screw, when dropped, will roll to the least accessible corner.
Law of Probability -The probability of being watched is directly proportional to the stupidity of your act.
Law of Random Numbers – If you dial a wrong number, you never get a busy signal and someone always answers.
Law of the Alibi – If you tell the boss you were late for work because you had a flat tire, the very next morning you will have a flat tire.
Variation Law – If you change lines (or traffic lanes), the one you were in will always move faster than the one you are in now (works every time).
Law of the Bath – When the body is fully immersed in water, the telephone rings.
Law of Close Encounters -The probability of meeting someone you know increases dramatically when you are with someone you don’t want to be seen with.
Law of the Result – When you try to prove to someone that a machine won’t work, it will..
Law of Biomechanics – The severity of the itch is inversely proportional to the reach.
Law of the Theater and Hockey Arena – At any event, the people whose seats are furthest from the aisle arrive last and they are the ones who will leave their seats several times to go for food, beer, or the toilet and who leave early before the end of the performance or the game is over. While those in the aisle seats come early, never move once, have long gangly legs or big bellies and who stay to the bitter end of the performance and beyond. The aisle people also are very surly folk.
The Starbucks Law – As soon as you sit down to a cup of hot coffee, your boss will ask you to do something which will last until the coffee is cold.
Murphy’s Law of Lockers – If there are only two people in a locker room, they will have adjacent lockers.
Law of Logical Argument – Anything is possible if you don’t know what you are talking about.
Wilson’s Law of Commercial Marketing Strategy – As soon as you find a product that you really like, they will stop making it.
Doctors’ Law – If you don’t feel well, make an appointment to go to the doctor, by the time you get there you’ll feel better. Don’t make an appointment and you’ll stay sick.
This post sponsored by:Dr Mobiles Limited1 Huron Street, Takapuna, North Shore 0622Tel: (09) 551-5344 and Mob: (021) 264-0000Web - Map - Google+ - Email - Posterous - Twitter - Blogger - Flickr -  Auhtor
Posted by David Lim at 1:34 AM No comments:

It’s said that picture is worth thousand words. These images truly confirm that statement. Have a look at these images below and you’ll surely not going to remain indifferent. This is an amazing collection of best, most moving and inspiring photojournalism images and documentary photos. Each one of them has its own deeply moving story. You can’t miss this.

Man mutilated RwandaWorld Press Photo of the Year: 1994 James Nachtwey, USA, Magnum Photos for Time. Rwanda, June 1994. Hutu man mutilated by the Hutu ‘Interahamwe’ militia, who suspected him of sympathizing with the Tutsi rebels. About the image Nachtwey says his specialty is dealing with ground level realities with a human dimension. He feels that people need photography to help them understand what’s going on in the world, and believes that pictures can have a great influence on shaping public opinion and mobilizing protest.

LosingIn this picture, Lurlena cries in the back of the family car after losing the contest for Carnival Princess at her school. She spent the day getting ready, with a new white dress and new shoes. The winner was decided based on whose parents bought the most tickets, and Lurlena’s family could only afford eight dollars worth.

Candy CigaretteThis photo, titled Candy Cigarette, not just displays something, it tells a story. It is both emotional and beautiful. This is what the originality of black-and-white-photography is all about.

PilgrimTibetans believe, once in their life, a pilgrimage to Lhasa is of exalted purpose and moral significance. Therefore, we see people like this, especially in spring and autumn, on their journey of faith, sometimes thousands of miles long, kowtowing every few steps.

Arirang Mass GamesEven during the Arirang Mass Games in North Korea, the ultimate expression of the state ideology, an individual can still sometimes stand out from the crowd and break free of the collective. If only just for a moment. (Photo and caption by Brendyn Zachary)

Iguazu falls in Brazil“On my second day visiting the astounding Iguazu falls on the Brazilian side I was forced to change to my telephoto lens as my wide angle had been damaged by the water vapour. In had rained solid for 10 days prior to my arrival and so the falls were at their most spectacular. Standing on the elevated viewing platform I was able to shoot this school group who stood transfixed, emphasizing the incredible size of the falls.” (Photo and caption by Ian Kelsall)

Malawian boy running after 4×4“I took the photo while on my one-month stint in Malawi Africa where I mainly worked in orphan day-care centres, also visiting Mulanji Hospital. The photo was taken from the Mulanji Hospital four-wheel-drive ambulance, travelling on the extremely rough roads from village to village, visiting the sick who were unable to reach the hospital.” Photo taken by Cameron Herweynen.

ShelterChild takes shelter with his mother before the cyclone hit. Cox’s Bazar, Bangladesh.

Riot in the cityRiot in Toulouse, France (March 25th, 2007) after the campaign of a politician.

Bhopal DisasterThis photograph from December 4, 1984 shows victims who lost their sight in the Bhopal poison gas tragedy as they sit outside the Union Carbide factory in Bhopal, India.

From the series “Children of Black Dust”, Dhaka, BangladeshA woman holds her child, blackened by carbon dust. His nose bleeds due to infections caused by exposure to dust and pollution during play in the workshop in Korar Ghat by on the outskirts of Dhaka. Many women bring their children along so they can look after them while working.

Hhaing The YuHhaing The Yu, 29, holds his face in his hand as rain falls on the decimated remains of his home in the Swhe Pyi Tha township, near Myanmar’s capital of Yangon (Rangoon), on Sunday, May 11th, 2008. Cyclone Nargis struck southern Myanmar a week ago leaving millions homeless and has claimed up to 100,000 lives.

Sandra GilA long line of visitors forms in front of Sandra Gil outside the Krome Detention Center in Miami where her husband, Oscar Gonzalez, is being held. On the morning of November 8, Immigration and Customs Enforecment (ICE) officers arrested the family at their home. They detained Gonzalez and released Gil with her son, American born Joshua Gonzalez, 5, with orders to leave for Colombia within weeks, The family was denied asylum after seven years living and working legally in teh country.

MemoriesSitting alone on a little place surrounded by cars traffic. Self-isolation. Waiting for nothing. He talked to me for about an hour. Of a lost life. An ordinary life like mine, like many others. And now…

Tap-TapTap-tap buses waiting to get full and depart for their regular route in the downtown of Port-au-Prince.

Gold PriceIn Wall street, a man holds a placard of ” We Buy Gold”, as gold price has increased due to the current financial crisis or economic melt-down.New York, Oct 13 2008.

Construction worker, Soweto TownshipFinal construction at the Maponya mall in Piville township, Soweto. The 650 million Rand mall is one of the largest shopping centers in South Africa, and its opening is a sign of the commercial awakening of Soweto.

Child Labor. BangladeshChild labor is not a new issue in Bangladesh as children here remain one of the most vulnerable groups living under threats of hunger, illiteracy, displacement, exploitation, trafficking, physical and mental abuse. Although the issue of child labor has always been discussed, there is hardly any remarkable progress even in terms of mitigation. 17.5 percent of children aged 5-15 are engaged in economic activities. Many of these children are engaged in various hazardous occupations in factories.

Aftermath of Earthquake in Balakot, Pakistan. 2005This image was taken about one month after the earthquake in Pakistan. People were still coming down from the mountains trying to find shelter and were suffering from trauma. Winter was on the way and the need for shelter was urgent. This father with his child had been collecting food. I spent ten days in Balakot documenting the situation after the quake. People were still digging for their family members.

The Head of a Male StudentThe head of a male student, still alive, trapped under the debris is pictured at the scene of the church school that collapsed on the outskirts of Haiti’s capital Port-au-Prince, November 7, 2008. At least 30 people were killed when the three-story La Promesse school building collapsed while class was in session and some of the walls and debris crushed neighboring homes in the Nerettes community near Port-au-Prince. (REUTERS/Joseph Guyler Delva)

Starving Boy and MissionaryWells felt indignant that the same publication that sat on his picture for five months without publishing it, while people were dying, entered it into a competition. He was embarrassed to win as he never entered the competition himself, and was against winning prizes with pictures of people starving to death. (World Press Photo of the Year: 1980 Mike Wells, United Kingdom. Karamoja district, Uganda, April 1980).

Afghan GirlAnd of course the afghan girl, picture shot by National Geographic photographer Steve McCurry. Sharbat Gula was one of the students in an informal school within the refugee camp; McCurry, rarely given the opportunity to photograph Afghan women, seized the opportunity and captured her image. She was approximately 12 years old at the time. She made it on the cover of National Geographic next year, and her identity was discovered in 1992.

Sichuan EarthquakeA man is crying while he flips through a family album he found in the rubbles of his old house.
This post sponsored by: