We stopped by a ranch where the strange looking animal called Llama were kept. They look like a cross of camel and sheep. They are very cute and charming. These animals are not native to New Zealand. They are imported for breeding and commercial purpose. 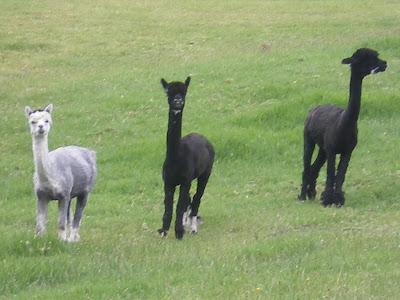 Took these pic right before last Christmas during a coold and windy day. I took the family out for the day, the weather was not permitting as it turns cloudy and drizzles. 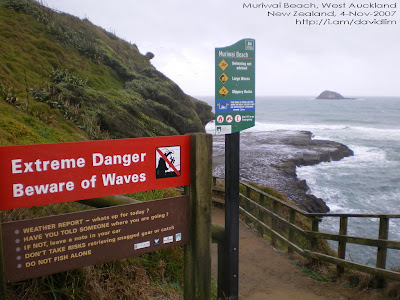 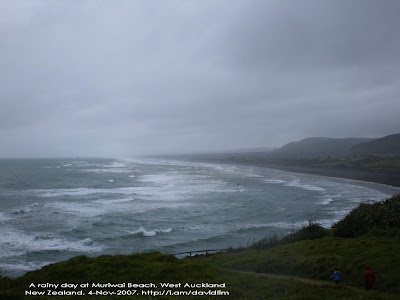 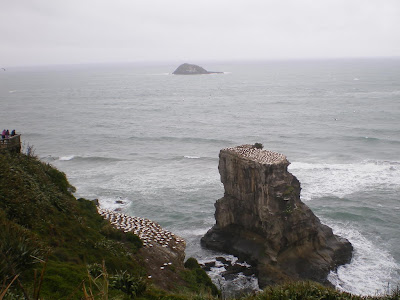 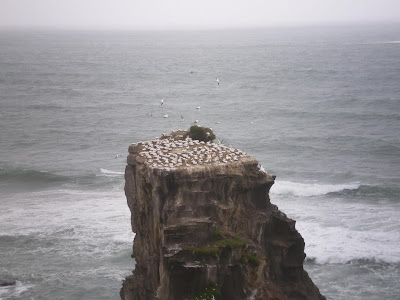 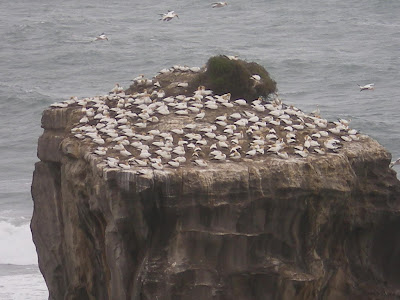 These are some of the most beautiful scene at the Mahurangi Regional Park. Two families went there for picnic and day out during mom-in-law's year long stay with us in New Zealand. Note the clear and crisp atmosphere along with the azure sky. 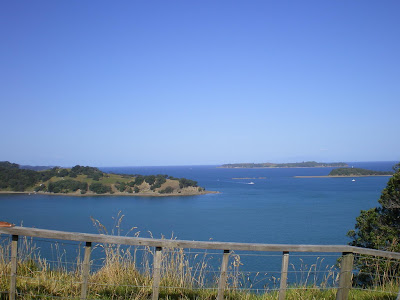 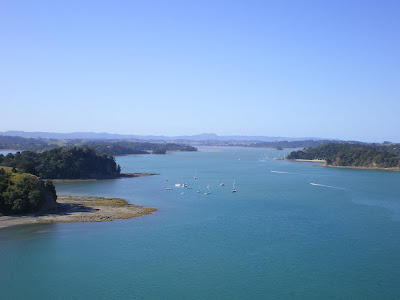 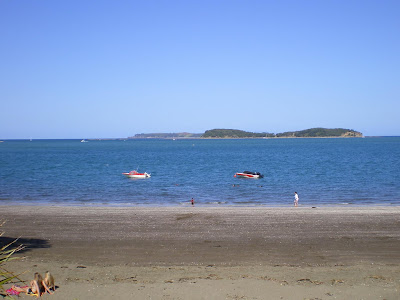 Source: Reutor, 2007
All hail the acai, the latest of a variety of trendy fruits that are finding their way into drinks like smoothies, teas and juices, along with the promise of giving your health a boost.

A few years ago, pomegranate was suddenly everywhere, but new options like goji berries and mangosteen became popular once the bright red seed-filled fruit went mainstream.

Now the buzz fruit is acai, pronounced "a-sigh-ee". It's the latest trend in an increasingly popular food category: functional foods, defined as those that provide some benefit outside of basic nutrition. A dark purple Brazilian berry promoted as packed with fibre, phytochemicals and essential fatty acids, acai has been called "nature's perfect energy fruit" by well-known nutritionist Dr Nicholas Perricone.

"The acai berry is one of the most nutritious and powerful foods in the world," said Jeff Graham, managing director of product development for MonaVie, makers of two juice beverages that contain acai berries, along with eighteen other fruits.

Acai does have an impressive nutritional profile: it's high in healthy fats like omega fatty acids and phytochemicals like antioxidants, and low in sodium, cholesterol and natural sugars. It also contains soluble and insoluble fibre, and essential amino acids.

But while the research on acai is promising, it's also new, which means that consumers need to be wary of overblown health claims and deceptive marketing, said Dr Joshua Bomser, a nutrition professor at Ohio State University. Even if unsupported claims are not associated with a particular product, they can easily be found online, and it can be difficult for consumers to tell which sources are reputable and which are not. 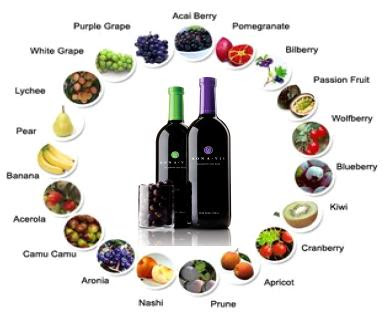 A University of Florida study showed that extracts from acai berries killed leukemia cells in a laboratory setting, and the research is often mentioned by proponents of the berry and its health benefits.

Dr Andrew Weil, a leading expert in integrative medicine, writes that there's a big scientific leap from what happens in a test tube to what happens in the human body, and past studies have shown that results seen in a lab don't always bear out in human trials.

Consumers with a layman's understanding of the science may not understand that difference, Bomser pointed out, especially if it's presented in a misleading way. "Consumers really need to be aware of where the information is coming from."

MonaVie's acai-based juices are marketed as a food, which restricts the claims that can be made about their health benefits, but some manufacturers of similar high-concentration juices market them as dietary supplements. Foods sold in the United States are subject to FDA regulations controlling marketing claims that can be made in their advertising and on their packaging, while dietary supplements go virtually unregulated.

MonaVie works from the top down to market its juices accurately and legally, Graham said. The products are sold by individuals through multilevel or network marketing instead of in stores, and sellers who make false claims are removed from the company's distribution list, he said.

Some critics say that functional food products can be a costly way to get your vitamins and minerals. For example, MonaVie sells for about $40 for a 25.3-ounce bottle. Consumed at the recommended rate of two to four ounces daily, it will last about a week and cost about $4 to $6 a day. 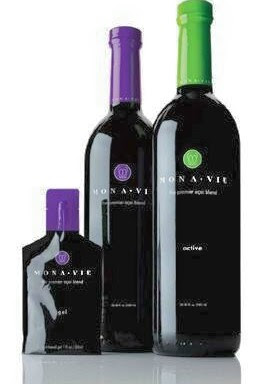 Graham acknowledged that the product is not inexpensive, but said the cost can be comparable to eating the recommended daily servings of fruits, depending on what is consumed.

Several surveys have shown that many Americans don't come close to meeting those recommendations. A study recently published in the Journal of Preventive Medicine found that only 11 per cent of American adults were eating the United States Department of Agriculture's recommended two daily servings of fruit and three daily servings of vegetables in 2002, and that consumption was not increasing. Sixty-two per cent of respondents didn't eat fruit daily.

Given that reality, Graham said, MonaVie offers a convenient way to get some of the antioxidants - along with a portion of the vitamins, minerals and fibre - provided by fruits.

Trends aside, consumers have always been curious about the health benefits of particular foods, Bomser pointed out. "We've known for a long time that fruits and vegetables are healthy. That's really not new," he said. "I think what is new is the scientific understanding of what makes fruits and vegetables healthy, and some of the components involved in that, and also the mechanisms involved."

As it stands, the scientific evidence shows that acai is a nutritious fruit, and eating it certainly isn't unhealthy, he said. Further research may show that acai has particular health benefits due to its combination of various compounds.

In the meantime, consumers shouldn't neglect their overall diet while waiting for a miracle product. "Avoid thinking of one particular food as a magic bullet for disease prevention," Bomser said. "It really should focus on the whole diet and lifestyle."

You can buy direct as a member as save heaps! Just click here to start.

The 28-year-old travelled 12,000km solo through Europe, North America and China, smashing the previous record by more than 6000km.

Sumner Redstone is high on “a little-known superjuice called MonaVie,” and he’s now saying he’s going to live another 50 years, reports Tim Arango in Fortune (9/3/07). Sumner is 84. “MonaVie is an oxidant-rich concoction whose main ingredient is the Brazilian acai berry (pronounced ah-sigh-ee), long touted among health nuts for its anti-aging ingredients.” Sumner says “it’s a miracle drug,” adding, “I feel great.”
He can afford to: “MonaVie costs $40 a bottle, and you can’t get it in stores; it’s marketed only through the company’s network of thousands of individuals who sell it out of their homes.” Sumner’s friend, Bill Roedy, turned him onto the “dark-purple elixir” and Sumner has since given bottles to friend including Bill Clinton and Wolfgang Puck. “Just about every friend I have is on it,” says Sumner, who reports that since he started drinking MonaVie, he has stopped taking sleeping pills.

Hm, well. So, is acai some kind of drug? MonaVia CEO Dallin Larsen says it isn’t. He says the juice simply increases one’s energy level, naturally while also alleviating “the everyday aches and pains from inflammation.” Stephen Talcott, a researcher at the University of Florida, found that acai’s “antioxidants destroyed leukemia cells in a laboratory,” but distances “himself from MonaVie and its junkies.” Speaking of whom, Sumner says he couldn’t be happier. “I feel like I’m 40 years old,” he says.