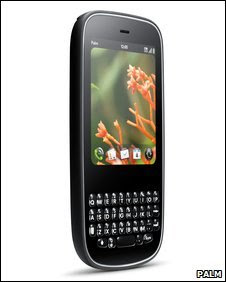 Palm have unveiled a new phone, the Palm Pixi, aimed at younger consumers.

The new handset follows the launch of the Palm Pre earlier this year, which is regarded by many as as a competitor to Apple's iPhone.

Palm are making a concerted effort to resurrect their fortunes after once dominating the personal digital assistant (PDA) market.

The phone will initially be sold in the US through Sprint, but there are still no details on the European release.

Like the Pre, the Pixi will run on the firm's new WebOS operating system and comes with a touch screen and Qwerty keyboard, but without wi-fi.

"Palm are a relatively small company and most firms need a portfolio of handsets to succeed.

"This is the second phone they have launched and although they have altered the form [from the Pre] they have kept the touch screen and Qwerty keypad," he said.

Historically Qwerty keypad phones were not very popular in Europe, as they were seen as little more than a business tool. However, they are growing in popularity and Mr Fogg says that they are now more popular than phones with a touch screen.

"Look at other companies, they tend to offer one or there other; there are a few firms - such as Nokia with its N97 - that has both touch screen and keyboard, but they are the exception not the rule.

"What Palm is trying to do is offer the best of both worlds," he added.

Palm has said its operating system has been built with the web in mind, so it automatically organises contacts and information accessed via the handset.

The web focus has led many to portray the two phones as a rival to the iPhone. The rivalry got more intense in early June when Apple unveiled the iPhone 3GS which had a faster chipset inside.

Palm's chairman - Jon Rubinstein - said the firm was creating "a new, more intuitive smartphone experience" and that the Pixi would help bring "a unique experience to a broader range of people who want enhanced messaging and social networking".

While European firms dominated the initial development of mobile phones, today innovation is now coming from North America, especially when it comes to internet capable handsets.

Palm say the Pixi will go on sale in the US before Christmas, but have yet to confirm a price. 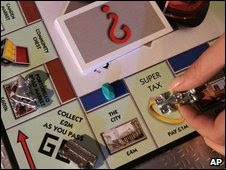 A massive multi-player version of the popular property game Monopoly has been launched online.

The free game uses Google Maps or the open source Open Street Map as the playing board.

The toymaker claims it will be "the biggest game of Monopoly of all time" and will allow players to purchase almost "any street in the world".

The goal of the game, like the real-world version, is to earn money on real estate and become the richest property magnate.

New players are given three million Monopoly dollars to build their virtual empire.

Every street in the world is, in theory, available for purchase.

Once a player has taken control of a street, they are able to charge rent and build new virtual properties. Streets can also be traded and sold with other players.

The game makers have introduced chance cards, which allow players to sabotage neighbouring rivals by building rubbish dumps, prisons or wind farms on their property to reduce the rent value of their neighbours.

Players can only remove a hazard by bulldozing it off their property, again through the use of chance cards.  The game will close on the 31 January 2010

July 18th, 2009-- On a lazy afternoon, during mid winter, Skippy was bored sitting at the staircase waiting for some event to take place.

That was a hard to come moment to take a few quick shot of him! Luckily I have my digital SLR camera handy and took some pictures of him

A US artist who cannot afford to travel is using Google Street View to visit stunning locations around the world and capture them in paint. 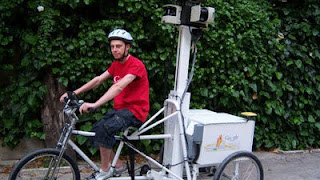 Bill Guffey, 45, from Burkesville, Kentucky, has spent hundreds of hours travelling thousands of virtual miles to visit places he will never get to in person.

He has walked through every state in his home country as well as England, Scotland, Italy, France, Switzerland and Portugal.

After electronically hiking through some of the planet's most beautiful spots, Mr Guffey sits down to paint them at his home studio.

He has created over 100 paintings of scenes including a red phone box in Trafalgar Square, a lonely house in Scotland, a yellow taxi in New York City, and a canal boat in Amsterdam. His pieces sell for up to £1,500.

Mr Guffey said: "Having to look after my family and hold down a job have meant that my travelling days are numbered.

"Street view has really changed everything for me because it means I can go to all of those places I am in love with, sit and paint them as if I am really there.

"Travelling is what really does it for me. When I was younger and single I travelled around Europe and other countries across the world and it is the best thing I have ever done.

"Now that I have become a painter I would love to revisit some of those places and capture them in paint. But for the present, Google is an amazing substitute.

"We have always been able to look up pictures of famous buildings and places around the world. What's great about street view is that I can go to those places I would go to myself, to those places where tourists don't normally go." 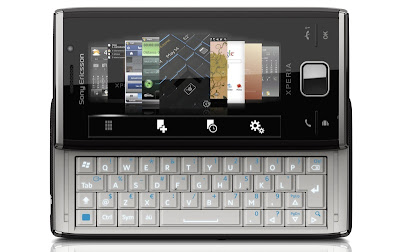 The Sony Ericsson XPERIA X2 has been in the center of attention ever since its first unofficial shots leaked online. Much like most other gadgeteers, we've had our hands itching to get one and luckily our wishes just came true.

The Sony Ericsson XPERIA X2 is one impressive device full of industry leading features - it's the first Windows Mobile smartphone with an 8 megapixel camera and WVGA video recording and it's actually the first ever full QWERTY phone to have that sort of imaging prowess as well.

The XPERIA X2 most other features, though not as innovative, are a nice match as well. We guess they are worth going through one more time.
Sony Ericsson XPERIA X2 at a glance:

We just got the XPERIA X2 and we wanted to share with you our first impressions of the device. So consider this article as a quick and dirty preview, with a more detailed one coming up in the following week. We hope to get as much as possible from our encounter with the X2 and you can bet we surely won't keep anything to ourselves.

The XPERIA X2 should be available in two colors - Elegant Black and Modern Silver. There's hardly anything missing from the broad range of connectivity options. Perhaps the only two things it seems to lack are the FM radio and the automatic screen rotation. Yes, there's an accelerometer on board alright, but the screen doesn't auto rotate to match the orientation of the handset.

While the XPERIA X2 uses the vanilla Windows Mobile 6.5 Professional, the thing that sets it apart from competing products is the X-panels interface. X panels have gone a long way since the XPERIA X1 and have turned into a full featured system for using various animated and interactive homescreens. But we'll get to that further down.

Anyways, enough talking, let's get to some walking. Jump on as explore what the XPERIA X2 is made of with even a brief rundown of the interface later on.

A Tibetan mastiff with the catchy name of Yangtze River Number Two has reportedly been sold to a woman in the Chinese province of Shaanxi for around £350,000, making it the most expensive dog ever.

The previous record of £90,000 was paid out by a family in Florida for Lancelot Encore - a cloned version of Lancelot, a much-loved but deceased Labrador. 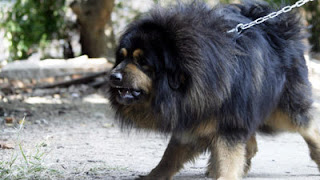 The Times reports that Yangtze River Number Two's new owner, identified only as Mrs Wang, is rumoured to have spent years searching China for the perfect Tibetan Mastiff. When she located her dream dog in Qinghai province, she was determined to do whatever was necessary to make it hers.

The canine's newfound celebrity status was confirmed when a motorcade of 30 luxury cars turned up at Xi'an airport to collect it. Mrs Wang's wealthy friends sent their Mercedes limousines to the airport, and also organised a welcoming committee of local dog-lovers, complete with banners.

Dog-ownership is becoming increasingly popular in China, and is already causing problems in some of the country's over-crowded cities. A ban on pets in many public areas is being considered in Shanghai, while the city of Guangzhou has introduced a limit of one dog per family.

Colorful flowers at Northcote, North Shore, Auckland, New Zealand. When I take the picture, it was brigh sunny day at the end of winter 2009. Nokia N95 8GB used for this shot.