Armless Tauranga driver Colin Raymond Smith got off a dangerous-driving charge after satisfying police he could steer well with his left foot, but a Florida man wasn't so lucky. Michael Wiley, an enthusiastic driver despite having lost both arms and half a leg in a childhood accident, lost his licence long ago and has reckless driving charges as long as your ... well, you get the idea. His most recent charges weren't driving-related. They involved a domestic assault, in which he used his head. See news abstract below

A man with no arms was caught speeding at 121km/h yesterday - using one foot to steer and the other to operate the pedals.

The man told shocked police he was born with no arms and said he'd never held a driver's licence.

The 32-year-old unemployed Waikato man was clocked on State Highway 2 at Papamoa, Bay of Plenty, at 10.30am.

He was given a $170 fine and has been forbidden from driving. Police say he will probably also be charged with dangerous driving.

Senior Constable Brent Gray approached the driver's window, spotted a foot up on the dashboard and noticed the seat was reclined.

Mr Gray told colleagues he thought the man had an "attitude". But then he noticed his armless torso.

"He was pretty shocked by that, as you would be," acting Senior Sergeant for the road policing unit, Deidre Lack, told the Bay of Plenty Times this morning.

The armless speedster told the stunned highway patrol officer he had been driving for years, without any issues.

Ms Lack said she had spoken to several officers with lengthy careers and none had heard of anything remotely like it.

She had nothing against people with disabilities who drove motor vehicles, but had absolutely no sympathy for this speeding driver.

The incident was a particularly unusual example of the sort of ridiculously dangerous driving that police encountered while on patrol, she said.

Ms Lack had no idea how the man had driven for years - as he alleged - without being caught.

Tauranga double below-the-knee amputee, Pat Barry, said he was amazed to learn the man had been driving so long without being caught.

"For obvious reasons it was good the police stopped this man when they did before he killed himself or someone else, but there are avenues for this man to go to, to seek funding to get his car converted and modified, and quickly get lessons so he can obtain his licence to drive."

- BAY OF PLENTY TIMES
Rate Me: 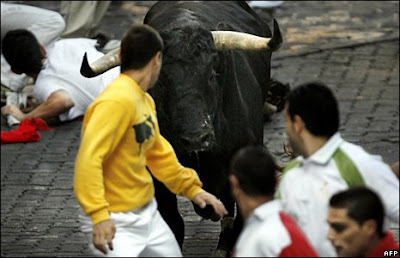 Men run in front of a bull during the fourth day of the annual bull-running festival in Pamplona, northern Spain. One man was gored and six others taken to hospital. Dozens have been hurt since Monday. 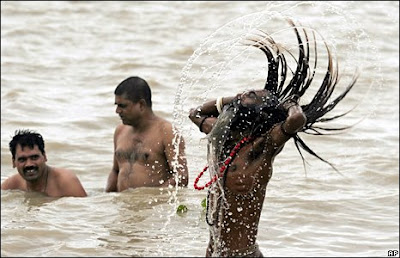 A sadhu, or Hindu holy man, emerges from a swim in the River Ganges near Allahabad, India. 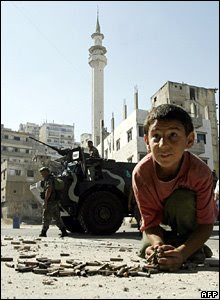 A boy collects spent bullet casings from the ground in the northern city of Tripoli after the Lebanese army is deployed to end renewed sectarian clashes there in which four people were killed. 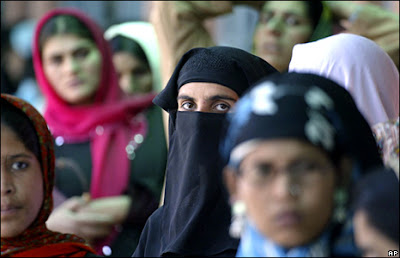 Kashmiri women wait outside the only maternity hospital in the north-western Indian city of Srinagar. 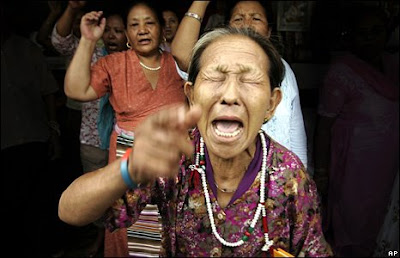 An elderly Tibetan shouts slogans against the Chinese government at a protest in the Indian capital, Delhi. 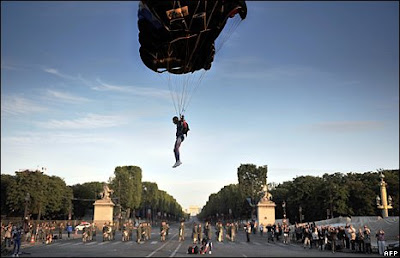 A French army paratrooper rehearses his landing on the Place de la Concorde in Paris ahead of the Bastille Day parade on 14 July.
Rate Me:

With less than a week to go before the launch of the iPhone 3G, we thought we'd be able to compile a list of iPhone prices for the 20 countries where the new version or Apple's phone will be making its debut on the 11th. But surprisingly, seven operators still haven't announced any pricing. Maybe that's good decision-making on their part, because in a good number of cases, the pricing of the phone and especially the plans were disappointing, often translating in significantly more than the $199/$299 indicated by Steve Jobs in his WWDC keynote.

The pricing diversity around the world—or even within Europe—is staggering: you can pay anywhere from $94 to $377 for an 8GB iPhone 3G and between $24 and $128 for plans that may only have a (few) hundred MB worth of data or are "unlimited." Denmark isn't as bad as it looks, because the minimum contract is only six months and prices drop by a third if you stay after that. The Netherlands is pretty good, especially considering that you can have your iPhone unlocked for free after 12 months.

Update 2: added prices and plans for New Zealand, Mexico, ONE in Austria.


Here come the caveats: although I think I managed to decipher plans on non-English language web sites, I may have made a mistake here or there. I've chosen the cheapest usable plans. The dollar conversion was taken from earlier reports in some cases, so it may not reflect the most current conversion rates, and for Canada and Switzerland, I've used a one-to-one conversion rate because the difference was only two percent or less. In some countries (Canada...) basic services incur extra fees, while in the US and Canada there are significant extra fees that come on top of a plan, as well as sales tax, which is included in most European countries. Use the links to see all the details.

This is one of the coldest winter we experience since moving to New Zealand. The coldest hour would be around 7:00am each day, Suprisingly the sun was shinning brightly for the last two days

See the weather forecast below:

Can you afford the new 3G Apple iPhone? 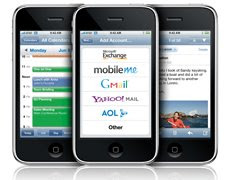 Out of curiousity, I checked on the new procing for the 3G Apple iPhone, there are some fun news you should read about the reaction of the New Zealand consumers. Petition in New Zealand against the pricing has started and you can view it here.

The following was abstracted for your "viewing" fun:

To purchase an iPhone 3G with no plan you'll need to visit a Vodafone retail store.

You can use the iPhone on other Vodafone On Account plans (You Choose, talkZone or Corporate). To get Vodafone mobile broadband you will need to sign up to a compatible 200MB or 1GB Broadband plan for mobile. Broadband plans for mobile are on a 24 month term.

If your needs have changed and you want to end your iPhone or Broadband plan for mobile contract early, we'll do everything we can to help - but there may be fees.

The size of the fee depends on how early you're cancelling.

Sometimes it makes sense to renew your Vodafone contract before it ends. If that's possible on your contract, an early resign fee may apply.

Switching to an iPhone plan


It is not the the matter of can you afford the iPhone plan but should you consider it at all!