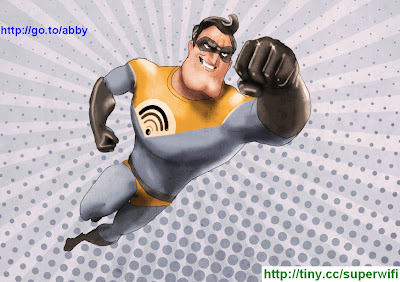 The FCC just cleared a path for a new generation of "Super Wi-Fi" technologies. Sounds great! But what the heck is Super Wi-Fi?  http://tiny.cc/superwifi
Super Wi-Fi is still Wi-Fi...
It's not as though Super Wi-Fi is some entirely alien concept. For all intents and purposes, it's Wi-Fi! The same kind of wireless data transmission you use around your apartment or at the office or waiting in line at Starbucks. It's just much, much more powerful.

...but on a new spectrum...
As John explained previously, pretty much all Wi-Fi activity takes place on the same 2.4GHz or 5GHz frequencies. For the first time in 25 years, though, the FCC has opened up a sizable new block of unlicensed spectrum, this time between 50MHz and 700MHz.
...that lives in between your TV channels...
Ever since television went entirely digital, folks like Google have been lobbying, literally, to free up the airwaves between channels. The so-called "white spaces" would otherwise have been lying around unused or been subject to prohibitive regulatory precautions.

...that's much more powerful than what we have today...
Unlike current Wi-Fi airwaves, whose reach can be measured in feet, the spectrum that would carry Super Wi-Fi would be able to travel for several miles because of that lower frequency. Through brick walls, even—something your Linksys really struggles with. You can also anticipate download speeds of 15Mbps to 20Mbps—about as fast as a cable modem.
...that shouldn't interfere with your regularly scheduled programming...
Back in 2008, when the white space plan was first approved, the biggest concern was that using these airwaves for data transmission could interfere with TV signals. To mitigate those fears, white space devices will be required to query a special geolocation database, ensuring no signals are crossed.

...and that will have (literally) far-reaching benefits...
The advantages are already apparent. Google, for instance, already has a trial running in a Logan, Ohio hospital that's giving first responders and the hospital grounds alike super-speedy broadband. Wilmington, NC uses white-space to send real-time feeds from traffic and security cameras. And eventually, you would potentially be able to access your home Wi-Fi from several blocks away.
...though maybe not for a while.
So far, most of what we know about how the white space will be used is based on conjecture. There may be some proof-of-concept devices early next year at CES, and there may be more mass production of products in a year or two. But the first Super Wi-Fi projects are likely to be medical, municipal, large-scale. How long it takes for us to be always connected from anywhere and anything? That's up to the inventors and entrepreneurs to decide. 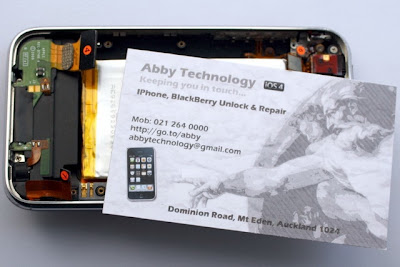 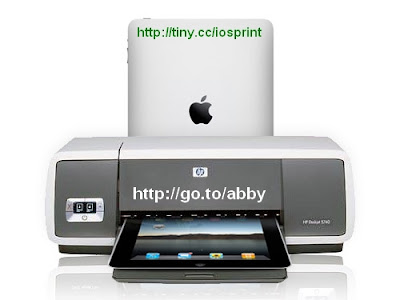 Apple's iOS 4.2 update doesn't hit the virtual shelves until sometime in November, leaving you without wireless printing for at at least another month. Here's how you can print from your iOS device right now, no cables attached.
http://tiny.cc/iosprint


If you've been aching for wireless printing from your iOS device, you're probably already aware of printing apps like Print Central, Print, Print Bureau, and the like. They work with your computer to enabling printing of various documents. While these are all completely legitimate options, they're pretty obvious and easy to figure out on your own. Instead, let's take a look at other ways you can print from your iOS device.


Pogoplug
CloudEngine recently released a firmware update for Pogoplug that enables printing for any connected device—including iPads, iPhones, and iPod touches. What's a Pogoplug? It's a Linux-based storage appliance that's sort of a plug-and-play NAS. In addition, it shares your files on the web so you can view and add files remotely. It works by plugging in a hard drive or two, but now you can use an open USB port on the Pogoplug to connect a printer. Most HP and Epson printers made after 2005 should work, so if you've got a Pogoplug you just need the free Pogoplug app for your iOS device and you can start printing right away. [Pogoplug via iTunes App Store]


Air Sharing
Air Sharing is a great iOS app for transferring files between your computer and your device. I was surprised to find out that it actually supports wireless printer and works phenomenally well with Wi-Fi printers on your network. (Thanks iPad Today!) What's great about Air Sharing is that it just connects to the printer—there's no intermediary to worry about. You just choose a printer and it elegantly handles the job. What's also really great about Air Sharing is that it's around or less than what you'd pay for a stand-alone printing app ($3 for iPhone/iPod touch) but printing is just a bonus feature. [Air Sharing Air Sharing HD via iTunes App Store]


Email
Not all printers have this capability, but printing via email is a new feature that's making it's way into the latest web-connected printers (especially from HP). If you don't know, check and see if your printer has an email address. If it does, you can send it supported documents and it'll print them. This is a great option because it requires no special apps and you can do it from any mobile device, iOS or otherwise.


Getting in on the Beta
Although you can update to iOS 4.2 until November, Apple recently seeded an iOS 4.2 beta to developers. If you're not a developer, you're not entirely out of luck. All you really need to do is know someone who paid the $99 fee. iOS developers can add up to 100 devices to their account, so your developer friend can register your iPhone, iPod touch, or iPad using it's Universal Unique Identifier (UUID - here's how to find it). You'll also need to update your Mac to the latest beta of Mac OS X if you want to print via printer sharing, seeing as only three printers are currently supported at the moment. Printing is also a little finicky in the beta. The disadvantage is that this method might not work so well, but if you're upgrading an iPad you get all the nice iOS features you've been longing for. 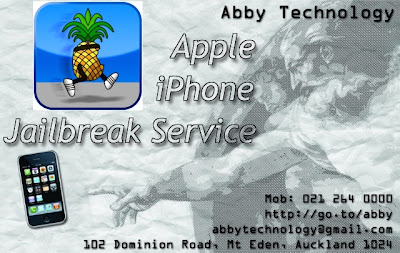 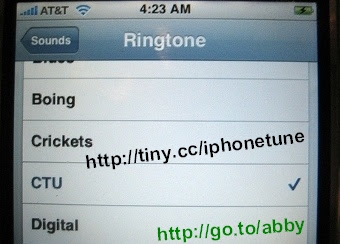 Researchers in Germany have found that the brain does indeed power up and start running whenever it hears the ringtone you've associated with your ever-present phone. Change your ringtone to something very unique, then, to avoid accidental anxiety and interruption.
Photo by loudestnoise.
Many students who took a basic psychology class will know the brain already has a "Cocktail Party Effect" working at most times, which lets the brain focus in on any conversation in which, say, one's own name comes up. The same goes for the ringtone you've associated with your own phone—even when pressed and trained to focus on a different ringtone, study participants' brains were running more actively after hearing their own, familiar ringtone.
What can you take away from this little bit of science? For one thing, as noted by many Gizmodo commenters, it might be smart to make your ringtone very unique. Using your carrier or phone model's default, or a commonly heard song, can trigger inadvertent "Oh-my-goodness-my-phone-my-phone" moments in public, at the office, or wherever somebody else is carrying, say, a T-Mobile model. So the next time you're messing with your ringtones, consider it more psychological long-term investment than short-term procrastination. 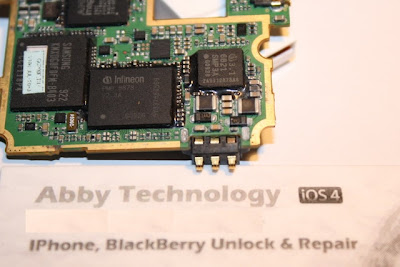 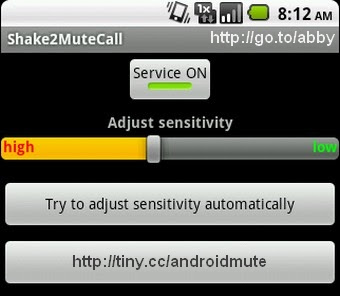 Android: Shake2MuteCalls is a lightweight Android application that turns motion—a sharp tap or a shake—into physical kill switch for a loud ringer. It's a great failsafe for those times you forget to silence your ringer.  http://tiny.cc/androidmute
Shake2Mute uses the accelerometer in your phone to sense when you're tapping or shaking the phone and mutes the ringtone of the incoming call. You can adjust the sensitivity to suit your needs—and to keep just walking around from constantly muting your ring tone. When your phone rings just shake it gently through your pants pocket or jostle your book bag and the ringing mutes.
A donation of $1.99 enables toggles which allow you to reject calls, answer calls, and mute SMS notifications all by shaking the phone. The basic version of Shake2Mute is free and works wherever Android does. Have a favorite app for enhancing your Android experience? Let's hear about it in the comments. 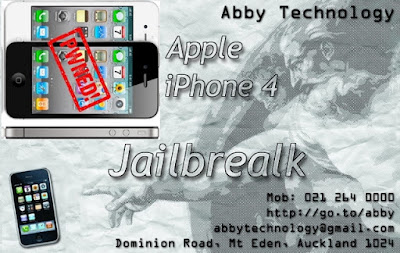 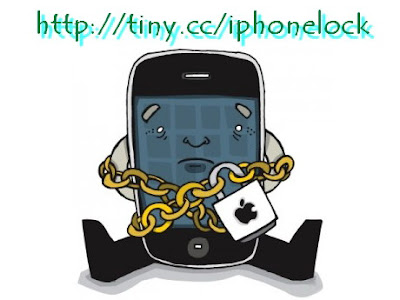 U.S Copyright Office had exempted jailbreaking iPhone from the Digital Millennium Copyright Act making it legal for users in the US to jailbreak their iPhone.

At that time, we had mentioned that it wouldn’t stop Apple from making it difficult to jailbreak iOS to stay ahead in the cat and mouse with the iPhone hacking community.
Apple had also clarified that unauthorized modification of the iOS violates the warranty of the iOS-based device.

Apple has applied for a patent titled “Systems and Methods for Identifying Unauthorized Users of an Electronic Device”, which will allow it to remotely disable an iPhone, iPador iPod Touch if it detects any unauthorized activity that indicate suspicious activity such as entering a incorrect password a predetermined number of times or within a period of time, hacking, jailbreaking or unlocking the iOS-based device.
Ars Technica reports:


The patent, titled “Systems and Methods for Identifying Unauthorized Users of an Electronic Device,” describes several ways a device could sense who is using an iPhone or iPad. Among the methods considered are voice print analysis, photo analysis, heartbeat analysis (!), hacking attempts, or even “noting particular activities that can indicate suspicious behavior.”
The device could automatically snap pictures of the unauthorized user and record the GPS coordinates of the device, as well as log keystrokes, phone calls, or other activity.
Once an unauthorized user is detected, the device can then automatically disable certain features or send notifications to Twitter or other services.

The patent describes how Apple plans to detect an unauthorized user:

Though the patent seems to indicate that Apple’s intention is to protect iPhone users from their device being accessed by an unauthorized user, the description of unauthorized activityespecially jailbreaking and unlocking has raised eyebrows since the patent doesn’t provide details on whether Apple or the owner of the device will have the ability to remotely disable the device.

It would be useful if the owner has the ability to remotely disable the device from say his/her MobileMe account based on what the owner thinks is unauthorized activity but would be controversial if Apple wants to control this feature.
It is also important to note here that Apple like othercompanies, patents ideas and so this feature might never see the light of day.  Let us know your views in the comments section below. 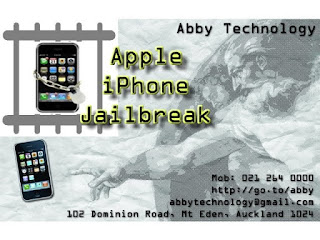 Text-ads on your Blog with BidVertiser.